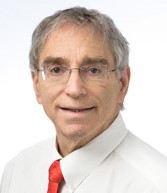 Barry Goldstein, executive director of Energy Resources within the Department for Energy and Mining, sadly passed away Friday morning after battling a long illness.

Barry is legendary in South Australia’s oil and gas industry for embodying the highest ideals of public service.

He championed safeguarding the environment through a regulatory framework that has repeatedly been held up as a model to other jurisdictions and ensured South Australia maintained an enviable record of safety for workers and the environment while sustainably developing the state’s energy resources.

A native of New York, Barry joined the South Australian public service in 2002 after a three-decade career as a geologist beginning in Bartlesville Oklahoma. From there, he moved around the world’s oil and gas fields including the North Sea before arriving in Adelaide as the chief geologist for Santos and then the South Australian government.

His arrival in the public service coincided with the Rann Government coming into power and a renewed emphasis on developing South Australia’s resources sector.

Geothermal energy was identified as an emerging opportunity and Barry also sought to emulate the energy revolution unfolding in the US by tapping into unconventional as reserves in South Australia.

Barry pioneered the Round Table for Oil and Gas Projects, whose first task was to draft a road map for unlocking the State’s petroleum assets.

He was also an unwavering champion for a one-window to government approach.

PACE Gas devised by Barry and his team in the Energy Resources Division was an innovative approach to bringing forward gas production for local consumption.

Companies receiving grants had to first offer any gas produced to a local buyer at commercial rates, ensuring the value of that investment was captured in this State.

Barry helped to create regulation that backed innovation, whether that is geothermal exploration or carbon capture, utilisation, and storage or developing natural hydrogen.

His passion contributed to the nation-building development of an essential industry that powers our country, provides energy to employers, warms homes, and creates jobs for thousands of South Australians in the city and in our regions.

In so doing, this sector has generated hundreds of millions of royalties on Barry’s watch that has helped to fund a myriad of government services to benefit South Australians.

Barry’s dedication to working for the people of South Australia was acknowledged by the Queen who conferred Barry with a Public Service Medal in 2014.

The industry also recognised his work with the Lewis G Weeks medal for his outstanding contribution to the art and science of petroleum exploration and as an inductee into the Australian Institute of Energy South Australia’s Hall of Fame.

Through his advice to the Commonwealth and other states and territories at Commonwealth-State Minerals and Energy Ministers meetings, Barry contributed to addressing energy challenges at a national level.

As a geologist Barry Goldstein was an investigator of the past but in doing so, he was always thinking to the future.

Barry didn’t stand in the way of a low carbon future but rather sought to navigate a pathway that transitioned the State’s energy sector, working collaboratively with his many colleagues across government and the industry.

Premiers and Ministers of whatever political persuasion could be guaranteed that Barry would provide fearless and frank advice on the thorniest issues and always with his trademark good humour.

I will miss his counsel. My condolences go to his family and to his many friends and colleagues who will be mourning this immense loss. Vale Barry.