The Petroleum and Geothermal Energy (Ban on Hydraulic Fracturing) Amendment Bill 2018 was proclaimed on 1 November 2018. Hydraulic fracturing (also known as "fracture stimulation" or "fracking") across the Limestone Coast Region of South East South Australia has been banned for a period of 10 years.

This moratorium will be in place in the following local council areas defined as comprising the Limestone Coast region (map provided below):

The Department for Energy and Mining will not for a 10-year period consider for approval in the above listed local council areas an Environmental Impact Report or Statement of Environmental Objectives submitted under Section 97 and 99 of the Petroleum and Geothermal Energy Act 2000 that includes fracture stimulation.

To better inform community perceptions in respect to all forms of gas exploration, development and production, the State Government has partnered with CSIRO’s Gas Industry Social and Environmental Research Alliance (GISERA) to carry out independent research within the Limestone Coast region.

Visit GISERA's website for more details on the research projects to be undertaken.

Fracture stimulation is still permitted in other regions of the State subject to the requisite approval process under the Petroleum and Geothermal Energy Act 2000. 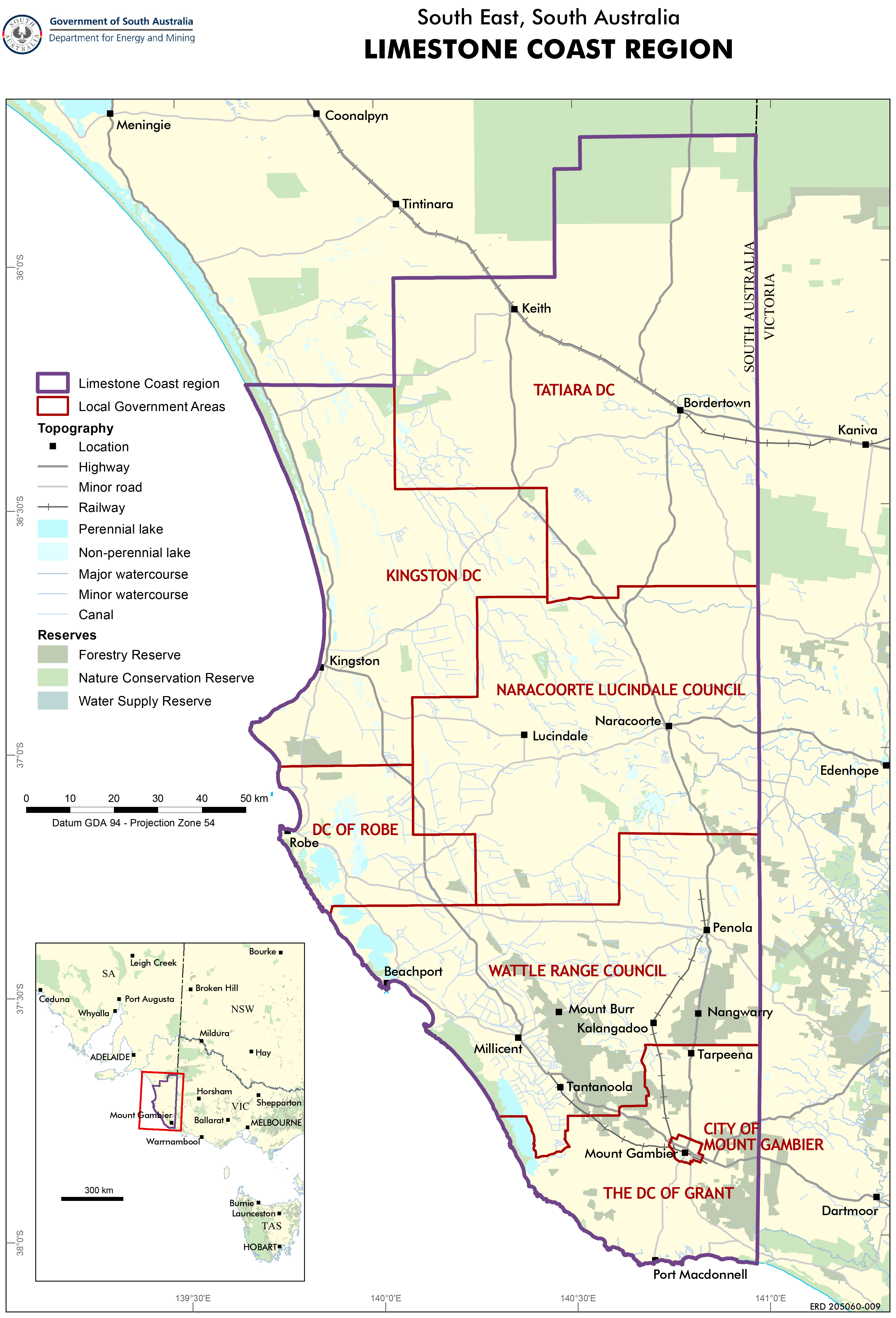