Connecting across borders to share latest data and knowledge on its mineral potential.

The Curnamona Province is one of South Australia’s most significant terranes for base and precious metal mineralisation. It is also of considerable interest for new commodities such as cobalt, rare earth elements and other critical minerals. The Curnamona Province is surrounded by, and in part incorporated within, Paleozoic orogens including the Delamerian Orogen and the Loch-Lilly Kars Belt. Additionally, the western side of the province lies beneath sediments of the Eromanga and Lake Eyre basins, as well as the Great Artesian Basin, one of the world’s largest groundwater basins. Each of these regions is the focus of significant exploration activity and new precompetitive data acquisition projects, many of which were highlighted at the recent Uncover Curnamona symposium in Broken Hill, New South Wales.

The event kicked off with over 30 people attending the half-day HyLoggerTM 3 and related software workshop run by GSSA’s Georgina Gordon and CSIRO’s Dr Jess Stromberg. In the afternoon more than 40 people gathered at the GSNSW Core Library in Broken Hill to review drill core from numerous exploration projects in the Broken Hill district. Some of the drill cores were supplied by companies specifically for the viewing session and were also discussed at the HyLogger workshop in the morning. The GSSA contributed several drill cores that were recovered using MinEx CRC’s coiled tubing drill rig, the RoXplorer®, as part of the Delamerian National Drilling Initiative (NDI) project in South Australia. 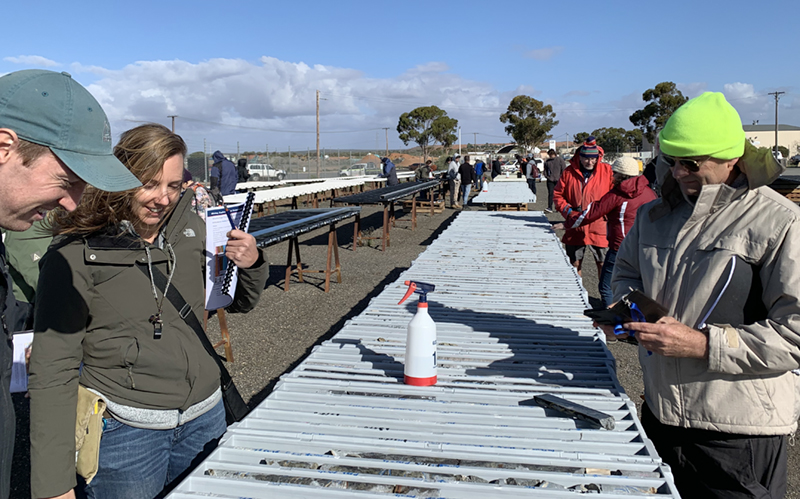 The main symposium was held in the Broken Hill Civic Centre, with plenty of space to host the 90+ attendees and poster boards. Presentations from GA, GSNSW, GSSA and CSIRO on precompetitive data projects ranged from GA’s Exploring for The Future project in the Darling-Curnamona-Delamerian region, GSNSW’s work on their Mundi Reexplored NDI region and CSIRO’s work on hydrogeochemistry in the Curnamona Province. GSSA’s Tom Wise, Stacey Curtis and Dr Wei Hong all presented their work on the Delamerian Orogen, showcasing the latest thinking from new drilling, geochemical, isotopic and field observations across the region. Professor Graham Heinson (University of Adelaide) spoke on the Curnamona Cube, an integrated magnetotelluric and passive seismic array currently imaging the entire Curnamona Province lithosphere. 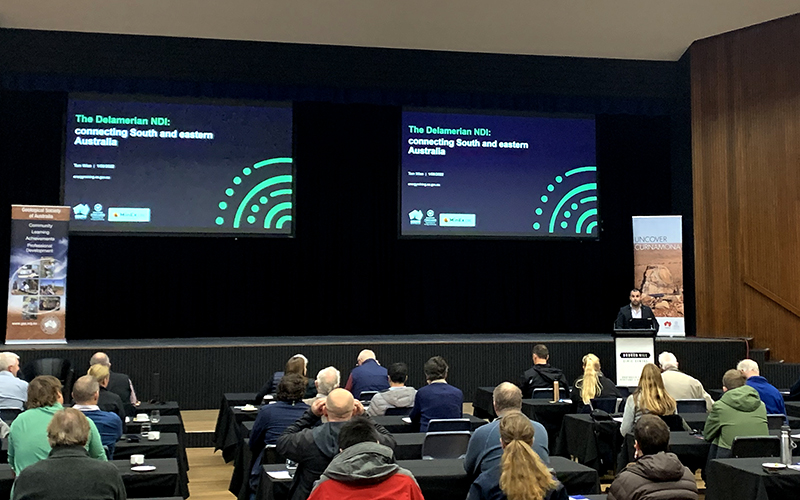 The minerals industry was well represented with presentations by Perilya on the geology of the Line of Lode at Broken Hill; exploration activity by Havilah Resources around the Mutooroo Project; and Sinosteel Uranium on the links between metasomatic magnetite and IOCG mineral systems in the Kalabity area. The talks were of excellent quality, providing new details on exploration targeting and successes in the region. The industry talks, coming on the back of the precompetitive sessions in the morning, truly made for a very integrated symposium with lots of conversation sparked between industry, government and academic geoscientists.

The one-day field trip to the Broken Hill mine and surrounds was kindly run by Jared Broome from Perilya’s Broken Hill Operations. It showcased the rocks of the Broken Hill orebodies, including the famed Potosi Gneiss, Sundown Group and Globe-Vauxall Shear, along with various indicator minerals related to the Line of Lode such as blue quartz, green feldspar, and gahnite. Perilya generously granted access to its mining leases enabling participants to see some of the remaining gossanous outcrops of the Lead Lode. 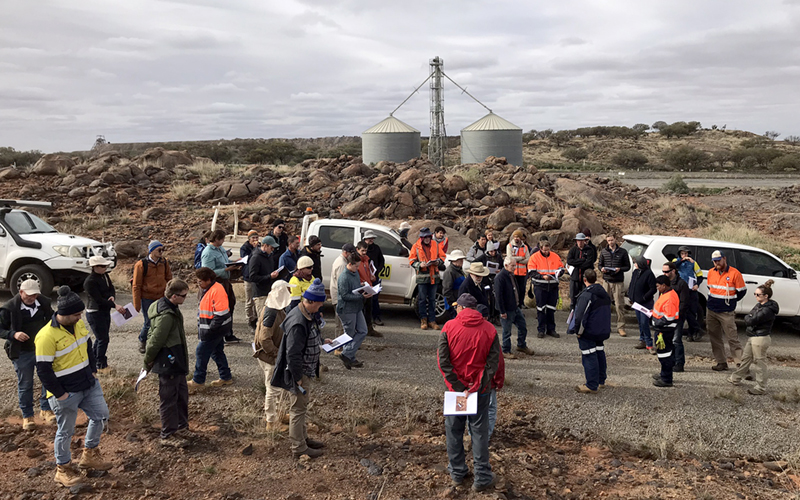 Representatives from a range of companies attended and we wish to thank all of them for their time, effort and shared expertise including Ausmon Resources, CBH Resources, First Quantum Minerals, Fortescue Metals Group, Havilah Resources, IGO, Investigator Resources, OZ Minerals, Rio Tinto and Sinosteel SA.