The project aimed to determine if flora located at the Blue-Rose copper–gold prospect in the Curnamona Province could be used in mineral exploration as an indicator of underlying mineralisation. Of particular interest were areas where transported colluvial regolith deposits bury near-surface deposits. Blue-Rose is considered a blind deposit with drilling the only effective exploration method.

The thesis – Assessing biochemical expression at Blue-Rose copper and gold prospect – was undertaken by University of South Australia (UniSA) honours student Adrian McAfferty with support from the MinEx CRC and Geological Survey of South Australia.

Two plant species were present at Blue Rose in sufficient abundance to provide transects across the deposit – the deep-rooted black bluebush (Maireana pyramidata) and weeping emu bush (Eremophlia longifolia). Three north–south transects were sampled, collecting leaves and twigs. Black bluebush leaves were the best sample media for biogeochemical analysis and successfully detected the covered mineral deposit. Results from the weeping emu-bush suggested both sample media are required for accurate biogeochemical surveys. However, low vegetation density resulted in insufficient samples to produce conclusive results as to whether this species is an indicator of underlying mineralisation.

The ability of plants to absorb heavy metals from their host soils was also investigated. A biological absorption coefficient (BAC; concentration in plant or concentration in soil) was used to categorise plants into 5 accumulation groups: intensive (10–100), strong (1–10), intermediate (0.1–1), weak (0.01–0.1) and very weak (0.001–0.01).

Black bluebush BAC values indicate that it is an intermediate accumulator of both Zn (0.22) and Cu (0.4), a strong accumulator of Pb (3.87) and Mo (1.52), and a weak accumulator of As (0.07) (Table 1). Where there is visible accumulation in plants, there is a correlating depletion of the same element within the soils. 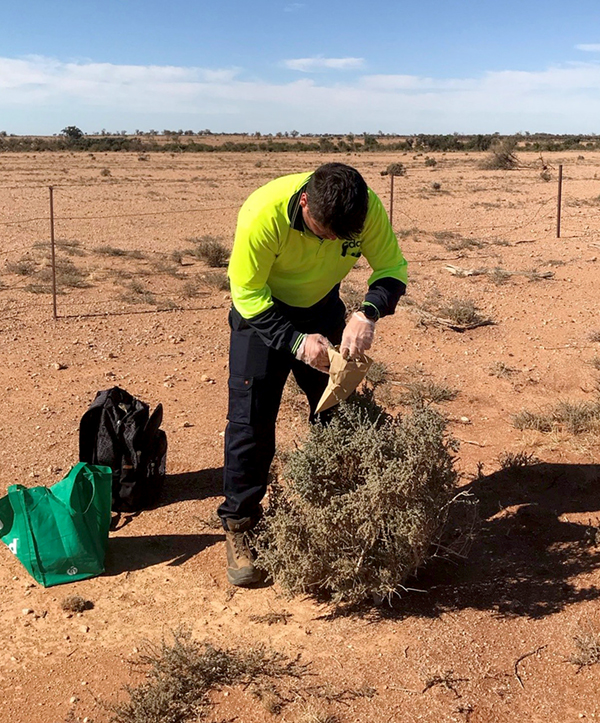