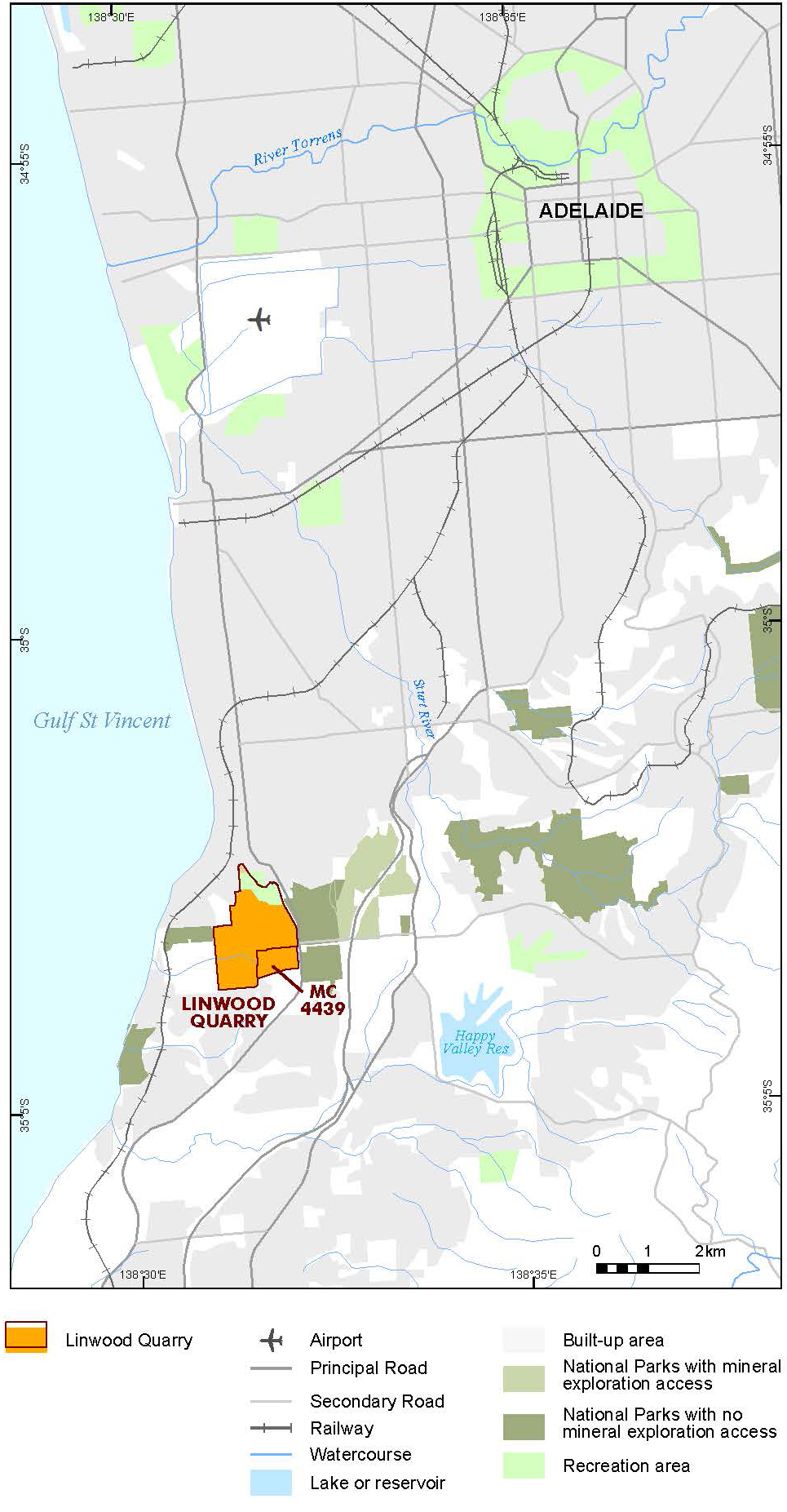 Boral Resources (SA) Limited is proposing an extension to the existing Linwood Quarry located between Marino, Seacliff Park and Hallett Cove in the southern suburbs of Adelaide.

Boral operates the quarry within several existing approved private mines and extractive minerals leases. Boral plans to extend quarry operations to the east of the current pit boundary into Private Mine 22 and land covered by Mineral Claim 4439.

On 6 December 2018, Boral submitted an application for an extractive minerals lease, supported by a mining proposal to the Department for Energy and Mining (DEM). The mining proposal describes the existing environment, operations proposed, and an assessment of the potential environmental impacts of the proposed operations over the life of the quarry.

The mining proposal was made available to the public with an invitation for public comment.

Section 35A(1) of the Mining Act requires the Minister for Energy and Mining to publish a notice in a newspaper inviting the public to make submissions in relation to the application. The public notice was posted on this website 16 May 2019 with a closing date for public submission of 27 June 2019.

Why have public consultation?

Whilst mining is an important contribution to the economic development of South Australia, it is also important that the potential impacts on the environment, local voices and the community are identified and considered in assessing whether or not to approve new applications. 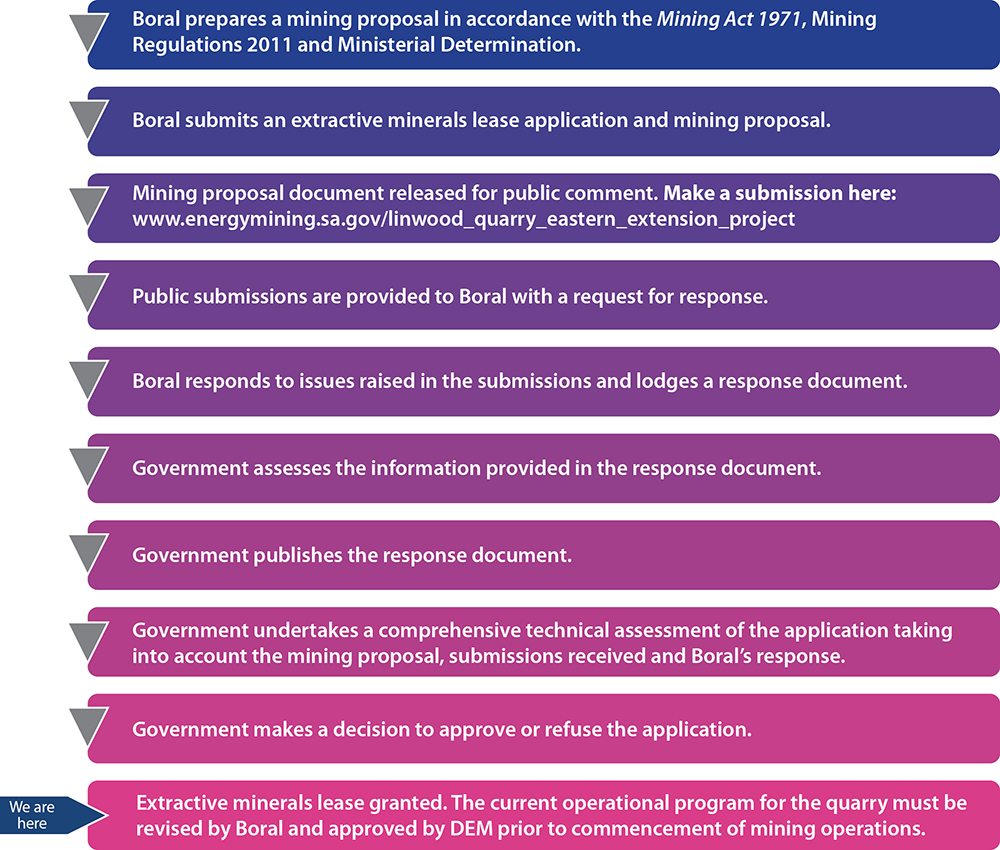 All public submissions received during the consultation process were redacted to obscure private details where requested by the submitter and sent to Boral for consideration and response.

The request for response letter to Boral includes a consolidated list of matters raised by relevant South Australian Government departments (including comments from DEM), and outlines what Boral must submit in response to these matters.

Boral has submitted its response to the matters raised during the consultation process.

Using technical experts drawn from South Australian government regulatory agencies, the department will undertake a comprehensive assessment of the mining proposal, public submissions received during the consultation process, and the response document prepared by Boral, once received.

Government will assess the application and detail that assessment in a government assessment report. The assessment will consider the balance between the potential benefits and impacts of the project.

The Minister for Energy and Mining or delegate will consider the mining proposal, submissions received, response document and Government Assessment Report when making a decision. If the decision is to grant an extractive minerals lease, conditions will be attached to the lease. Often these conditions will include matters that have been raised by public submissions.

In accordance with section 35B of the Mining Act, any person who has made a written submission during the consultation period will be notified of the mining application decision in writing, including the terms and conditions of the extractive minerals lease if it has been granted.

Mining applications go through a two-stage process prior to commencement of the proposed operations:

The current operational program for the quarry must be revised by Boral and approved by DEM prior to commencement of mining operations.