The Plan for Accelerating Exploration (PACE) Gas grant program aims to increase gas supplies and increase competition between gas suppliers in South Australia. The conditions of the grant program are that gas users (firstly electricity generators, followed by industry and then retail consumers in South Australia) will be provided with a first right to agree commercial terms to contract gas resulting from successful grant-supported projects.

PACE Gas grants continue to support a strong and diverse portfolio of projects in the Cooper and Otway basins that are expected to result in more than $223 million of industry co-investment. The nine grants approved under the program target upside potential to unlock more than 1,950 petajoules (PJ) of South Australian gas.

Round one aimed to deliver additional gas to markets from the end of 2019, and round two by the end 2020.  PACE Gas is aimed to bring forward industry investment that would increase the supply of locally produced and competitively priced gas to South Australian markets. PACE Gas funded discoveries and additional production will generate royalties and deliver gas from fields located nearer to markets than from interstate.

The Department for Energy and Mining continues to monitor progress and success of the existing nine PACE-funded projects.  Production results from PACE Gas supported projects include more than 1700 tera-joules (TJ) of natural gas produced for South Australian customers from February 2018 to December 2019. To date highlights include: 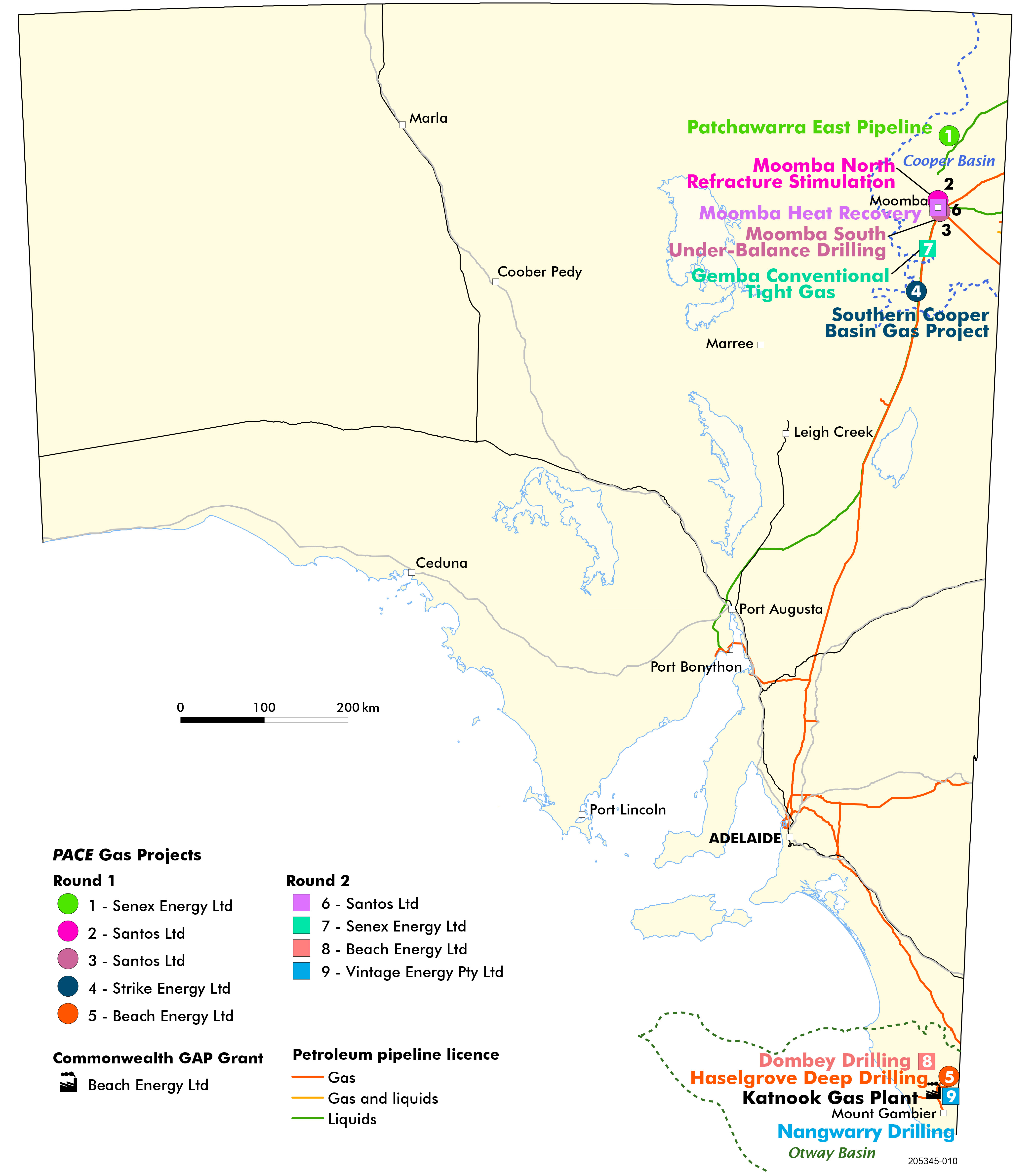 PACE Gas Rounds 1 and 2 at a glance 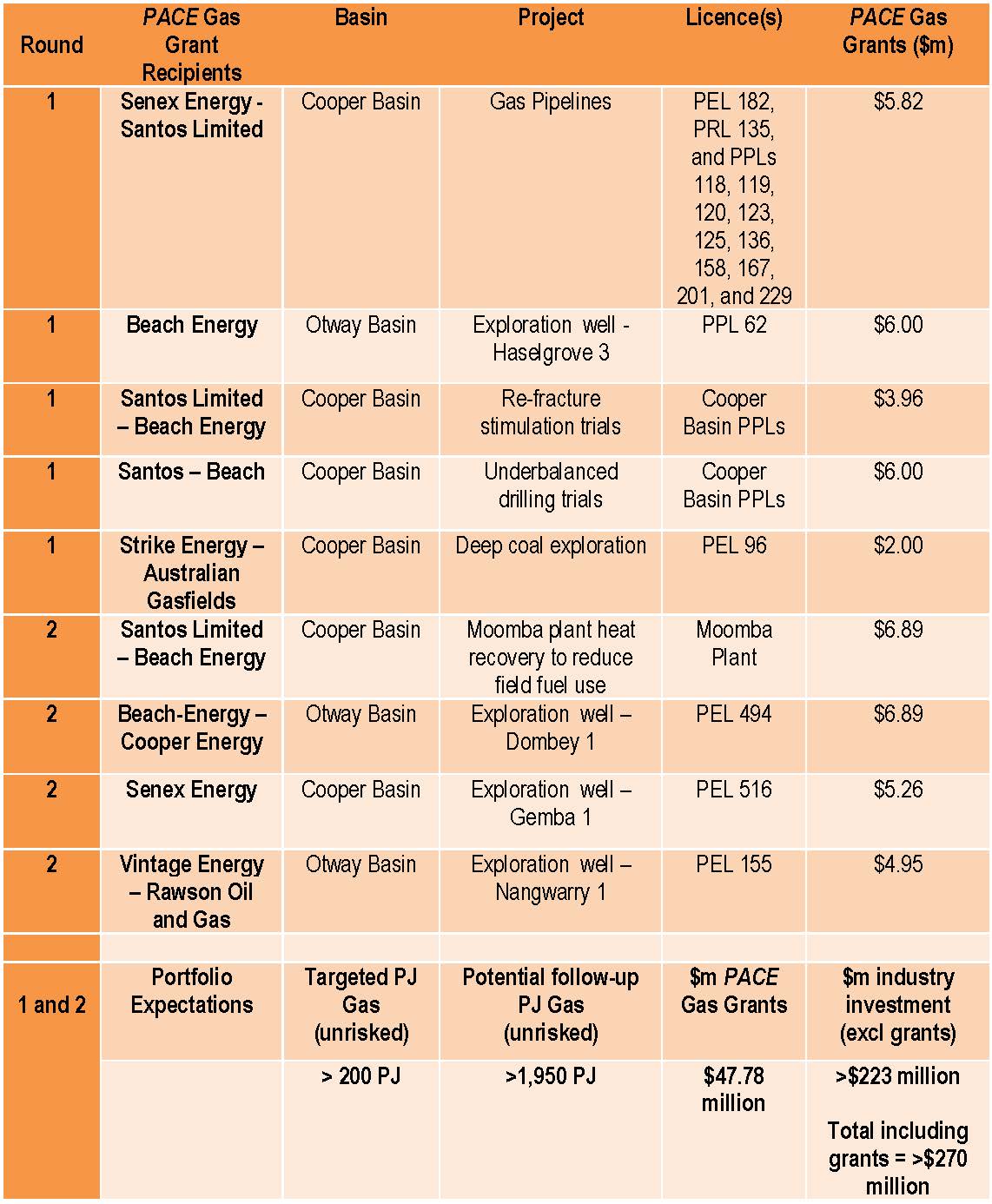 The Minister for Resources and Northern Australia, Senator the Hon Matt Canavan, released the Gas Acceleration Program (GAP) guidelines on 20 December 2017. The GAP Grant Program provided matched funding grants of up to $6 million to accelerate the responsible development of onshore natural gas for domestic gas consumers. The program supports projects with the greatest likelihood of securing new and significant volumes of gas for domestic gas customers from onshore gas fields by 30 June 2020.

Beach Energy received a $6 million GAP grant to co-fund construction of the new $22 million 10TJ/day Katnook Gas Processing Facility, to bring this and other potential new sources of gas to customers. The first export of gas to the local Southeastern SA market began on 10 February 2020. 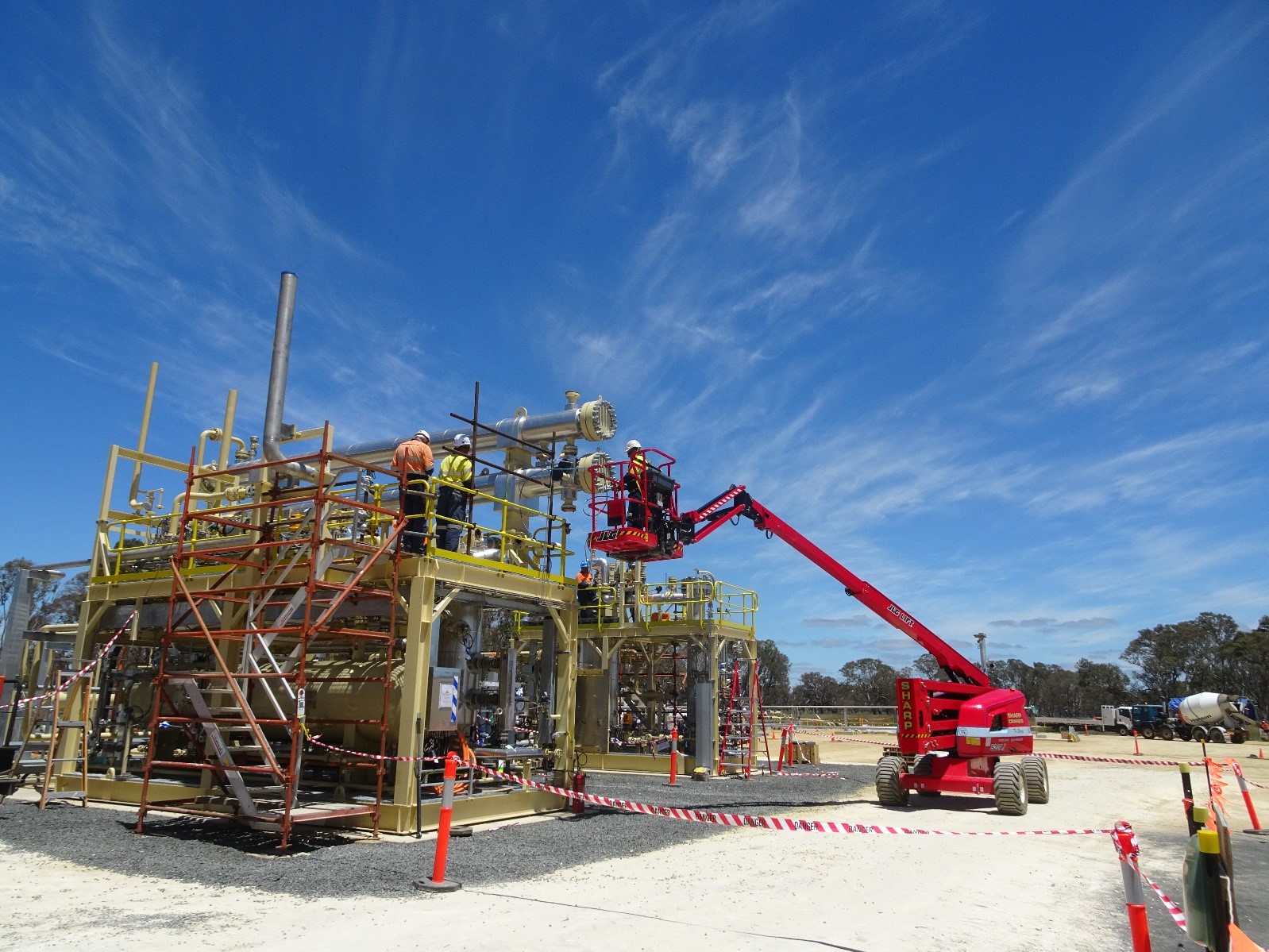