The administration and regulation of offshore petroleum exploration and development in Commonwealth waters under the Offshore Petroleum and Greenhouse Gas Storage Act 2006 is controlled by two Federal agencies:

The South Australian Government maintains a key role through the Joint Authority arrangement between the Commonwealth and State Minister with involvement in decision making in aspects such as the release of areas and the award of titles, but has no day-to-day regulatory role.

Australia’s maritime zones and current offshore permits are shown on this map: 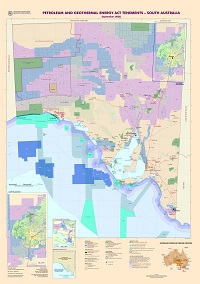 Joint Authorities detemine areas available for exploration though the annual acreage release. Vacant offshore areas are open to permit application only after gazettal by the Federal Government. Only one offshore permit can be granted over the same or overlapping areas.

For further information relating to Offshore Acreage Releases see the Department of Industry, Innovation and Science or Offshore petroleum exploration in Australia.

Under the Offshore Petroleum and Greenhouse Gas Storage (Environment) Regulations 2009 all oil and gas activities must have an environment plan assessed and accepted by NOPSEMA before they can take place. Oil and gas companies must demonstrate to NOPSEMA that environmental impacts and risks related to their activities are as low as reasonably practicable and an acceptable level.

More information including a guideline for environmental plan decision making is available on NOPSEMA's website.

Further information on NOPSEMA, including Frequently Asked Questions, how to get involved and feedback opportunities, is available at the NOPSEMA community information portal.

The Australian Government collects royalties for petroleum and other regulated substances recovered from projects in Commonwealth waters, offshore South Australia.

For further information on taxes and royalties payable in Commonwealth waters, please refer to the Department of Industry, Science, Energy and Resources website.