The Mesozoic Era in South Australia is marked by extensive sedimentation and weathering, creating stark and colourful outback landscapes made famous by nature photographers and movie backdrops, and major fossil finds. These same basins and weathered ranges can potentially host (or disguise) mineral and energy resources. The GSSA continues to build on geological understanding of the formation of the Eromanga Basin and northern Flinders and Peake and Denison ranges through ongoing research by GSSA Senior Geologist Stephen Hore.

This new publication is the most comprehensive treatment of Mesozoic sediments along the southern margin of the Eromanga Basin and Mount Painter uplands and their implications ever attempted. The major outcome is the (revised) stratigraphy and sedimentology with subsets of glacigene facies, contribution to global paleoclimate, Early Cretaceous ice cover and importance of comprehensive dating for this prospective part of South Australia. 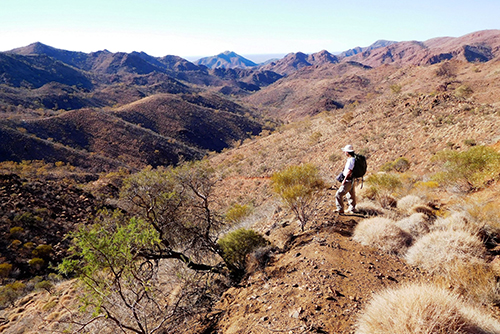 This project has seen its research impact at a local, national and global level which has been scrutinised and strongly endorsed by the geoscience community. The development of new mineralisation models has had a profound influence on exploration for both mineral and energy resources sectors.

The Bulletin is divided into two volumes 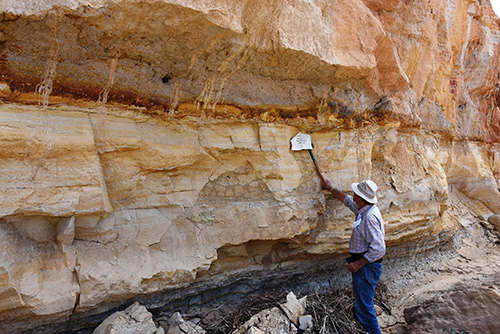 This new bulletin makes a major revision to the stratigraphy of the southern Eromanga Basin and Mt Painter uplands, recognising two new stratigraphic units and major and minor hiatuses in the succession. Three new type sections, 9 reference sections for key sedimentary units and 3 reference sections for key terrestrial tillite sections have been accurately established. It details the locations within the Eromanga Basin and Mt Painter uplands of the physical evidence of three glacial events during the early Cretaceous. These are the first to be documented anywhere in the world. These glacial events have been correlated with the diverse global evidence for climatic changes during the Early Cretaceous and have thus attracted world-wide attention.

The stratigraphy, glacial sediments and interpreted paleoclimatic changes have been put in a geochronological context through extensive palynological and detrital zircon and monazite dating of sediments from boreholes and outcrop.

A detailed record of relative sea level changes for the Early Cretaceous has been constructed and correlated with the detailed global sea level curve. 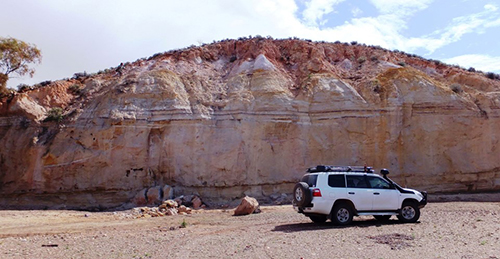 Using sedimentological, lithological, palynological and detrital zircon and monazite evidence the study determines the source of sediments in the southern Eromanga Basin. This research has been able to reconstruct the nature of the land surface of the northern Flinders Ranges before deposition of the Eromanga Basin sediments, estimates the volume of bedrock and Mesozoic sediments stripped from the ranges since the Early Cretaceous and discusses tectonic changes within and marginal to the ranges since the Early Cretaceous. The data used and interpreted in the bulletin have been extensively scrutinised and strongly endorsed by experts from Australia and around the world. Data from the bulletin have been used for three recent Australian Journal of Earth Sciences peer reviewed papers.

Hore and Alley have been invited to present research findings to Australian and international journals and to undertake collaborative work with renowned researchers on South Australian, Australian and global themes. The geological research has led to:

The research findings have implications for mineral and energy resource exploration across eastern and southern South Australia, especially in the Eromanga, Bight and Otway basins.

In using geochemical exploration techniques, mineral explorers will be greatly aided in understanding the source of indicator minerals and geochemical signatures in areas affected by the Early Cretaceous glaciations and extensive areas marginal to the glaciers, including the Gawler and Curnamona cratons.

All of the sites described and photographed, especially those of local, national and global significance, have accurate GPS locations so that future researchers can locate key sites.

Register to know when Bulletin 57 is available