ExploreSA showed that GSSA data has enormous power and potential, but work was needed to make it fully accessible, complete and able to be integrated with current and future machine learning and artificial intelligence applications.

The government has committed $5 million to take what was learned from ExploreSA and make South Australia a leader in modern geoscience data provision.

GP2 is designed to combine new geoscience data with artificial intelligence and machine learning to bring forward exploration discoveries in South Australia, with a focus on information from the Gawler Craton.

Additionally, the project plans to bring together the exploration data science community to ensure that South Australian explorers have access to robust data, detailed geoscience and strong community.

An airborne electromagnetic (AEM) survey in-filling over the Gawler Phase 2 focus area has commenced flying as part of a GSSA-funded component of Geoscience Australia’s Exploring for the Future Australia’s Resources Framework AusAEM program (https://www.eftf.ga.gov.au/ausaem). This acquisition of new geophysical data will fill gaps in the Western Gawler Craton within the current database of AEM surveys, at a 5 km NW-SE orientation, to complement other ground and airborne activities within the GP2 project. Additional 20 km AusAEM lines in the Yellabinna Regional Reserve will extend into the GP2 target area to provide an overlap of 5 km and 20 km survey lines, aiding data compilation and modelling to provide a more useful end product for all stakeholders.

The AEM infill aims to better understand the architecture of the earth’s crust and the near surface geology which can potentially host new mineral deposits, as well as assist in identifying important groundwater resources for regional and outback communities. The AEM infill will take place in late August / early September 2022, after the AusAEM 20 km lines are flown.

The last few months have seen a lot of activity and progress across the GP2 project, with advances being made with the addition of more legacy data, new geochemistry, magnetotellurics, geochronology and petrophysics. There are also updates on two new sub-projects working on understanding the landscape evolution of the region.

The team are currently focused on increasing the amount of data available for the GP2 project area which will give industry a more complete picture.

The team, consisting of three GSSA members and an additional 10 students / recent graduates, have been working to make significant amounts of data available from within the GP2 project area. Although this data is available from exploration company reports, it is not in an easily accessible format, so the focus has been on transforming this data to make it readily accessible via SARIG.

The majority of this part of the project has been completed, but the processed data is still being loaded, with final statistics and data to be available in early September.

All whole-rock geochemical data for 311 samples is available via SARIG, along with sample photographs and descriptions. Forty-three samples are currently being analysed for Sm-Nd isotope geochemistry at the University of Adelaide, with results expected by the end of the year.

Work is progressing with geochemical characterisation of mafic and felsic magmatic rocks and metasedimentary rocks to provide insight into their petrogenesis. Sm-Nd isotope geochemistry will be used to characterise their source region characteristics. Combined, these data will inform us about the different magmatic suites in the region, and processes that may contribute to the formation of Ni-Cu and Au mineral deposits.

The MT survey is currently underway in the central-western Gawler Craton. The first batch of data has been received from the field, with data collected of extremely good quality. The MT survey contractors are accompanied by monitors from the Antakirinja Matu-Yankunytjatjara Aboriginal Corporation (AMYAC). The data acquisition is expected to be completed by December 2022 with modelling and analysis to follow in the first quarter of 2023.

Multi-isotopic apatite geochronology (U-Pb, Lu-Hf, Sm-Nd) for mafic intrusive rocks is well underway, with ages obtained from thirteen samples. In August and September, the team will be heading to Curtin University in Perth to undertake SHRIMP U-Pb zircon geochronology. Zircon ages will be used to test whether the apatite ages are primary magmatic crystallisation ages or instead reflect thermal/metasomatic processes which post-date potential Archean-Paleoproterozoic magmatism. In either case, the geochronological dataset will provide insight into the systematics of the U-Pb, Lu-Hf, and Sm-Nd isotopic systems in apatite.

The Sm-Nd isotope results are expected to be available by the end of 2022.

Petrophysical properties including acoustic velocity, spectral gamma, spectral density, magnetic susceptibility and electrical resistivity have been collected on core from 33 drillholes using a Geotek Multiscale Core Logger (MSCL). Petrophysics are being used with whole rock geochemical samples to characterise a range of stratigraphies and lithologies across the GP2 region, and future measurements will investigate the effect of weathering on the petrophysical properties. Data generated for the GP2 region is expected to be made available in late 2022 following QA/QC. This project was enabled by CSIRO, The University of Melbourne, and by NCRIS via AuScope.

Two sub-projects have commenced this month. The first focuses on connecting cover to basement in the GP2 project area by applying the lineament and landscape mapping workflow recently developed during a joint GSSA-CSIRO project in the central Gawler Craton.

The second project aims to remap and update the existing paleodrainage by integrating new multispectral and AEM.

Both projects are due to be completed in June 2023.

The first gravity survey in AMYAC region will begin in August 2022.

Machine learning applications work well in data rich environments. As part of the acquisition part of the Gawler Phase 2 project, the team are aiming to fill major data gaps in the central-western Gawler Craton. Following a review of over 100 drillholes, the team will release new whole rock multi-element geochemistry on over 300 samples from the region. The new data are available via SARIG and are now being incorporated into new interpretations of the geology and mineralisation in the region. 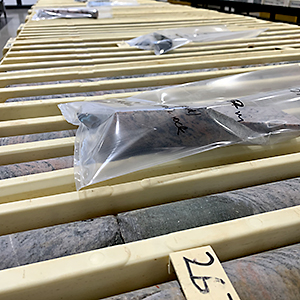 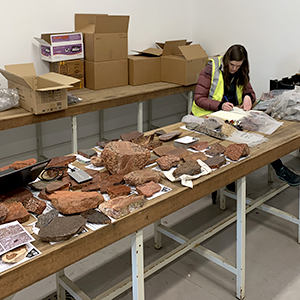 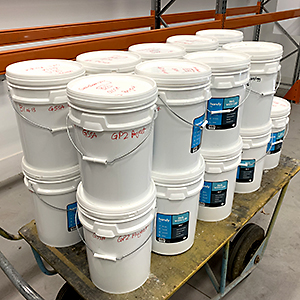 Part of GP2 is to ensure that legacy data is entered in a machine readable way to our data systems. This part of the project has begun and will run until at least the end of quarter one of 2022.

ExploreSA provided a wealth of information. The open-source data available during the challenge was manipulated, interrogated and reported in different ways by ExploreSA participants.

The aim was to understand the difficulties these participants had in working with GSSA data, where the gaps were and what would have given them more robust outcomes. Consilium Technology and Solve Geosolutions worked with GSSA and ExploreSA participants to audit and review the entries to ExploreSA and make recommendations as to where the GP2 acquisition program should head.

Watch Consilium Technology and Solve Geosolutions discuss this process and the outcomes with GSSA’s Peter Buxton and Stephan Thiel.

A project to capture legacy data that could be added to our existing data store was undertaken as part of ExploreSA. This project was highly successful with an estimated $350 million worth of data (in today’s terms) added and made available via SARIG. This work will continue under GP2, with an audit of legacy data across the state nearing completion and additional legacy date from the Gawler Craton currently being collated and added to the database.

Over 300 relevant drill core samples have been sent for geochemical analysis and 45 for mineral separation as part of the project geochronology acquisition. Although it will be several weeks until the results are returned, this it is an exciting step forward in geochemistry acquisition. The maps show the location of the core inspected.

Gold and intrusion-related magmatic Ni-Cu-PGE are the two main mineral systems of interest in the Gawler Craton.