The Gawler Craton is recognised as being highly prospective, but exploration is hindered by the fact that less than 3% of the craton is exposed at the surface. To allow us to develop a 3D model of the deep subsurface we partnered with Geoscience Australia and the Australian National University, to undertake the AusArray SA broadband seismic array to collect passive seismic data (earthquakes and the ambient noise field), which could then be used to map the 3D structure of the craton from the deep upper mantle to the surface.

Over the course of 18 months the AuScope and Geoscience Australia instrumentation continuously recorded seismic data from 38 locations at a regular spacing of ~0.5° across the eastern-central Gawler Craton.

Using the data received from this project, together with legacy datasets, a variety of passive seismic techniques are applied to map the 3D structure of the crust and upper mantle beneath the eastern-central Gawler Craton, and beyond. The resulting models provide images of the South Australian lithosphere, delineating the detailed architecture (cover thickness, crustal thickness, lithospheric thickness, terrane margins, trans-lithospheric faults, sutures and shear zones, etc) essential to regional scale prospectivity mapping.

The first output from this work is a study to determine the depth to basement at 243 individual seismic stations across the state. Receiver functions obtained for both temporary and permanent seismic stations were used to estimate the depth of the Phanerozoic sedimentary cover (Agrawal et al. 2022). 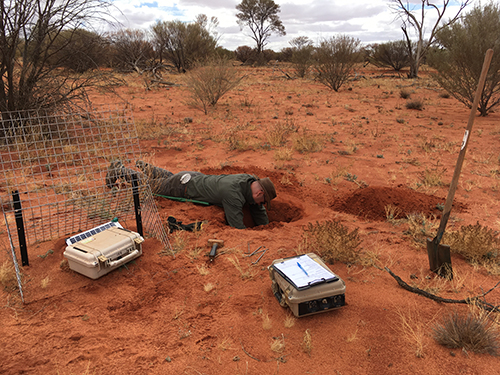 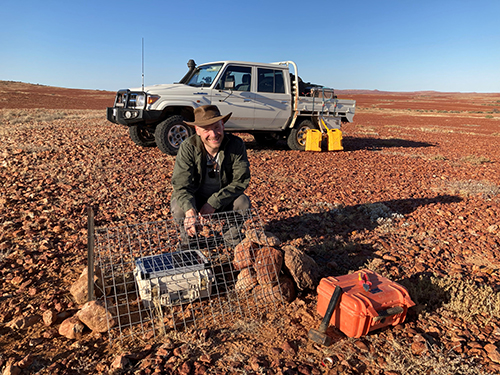 Dr JP O’Donnell presented an update to the AusArray project at Discovery Day 2021.